FARMING FOR NATURE AMBASSADOR 2018
Padraig and his wife Bernadette, along with their four children, have a cattle and sheep enterprise on their holding in Mount Plunkett, near Lough Ree, Co. Roscommon. Padraic manages a 54-acre section of an old estate – which he and his family run as a Nature Reserve – composed of diverse range of tillage, grassland, woodland and wetland. He has restored woodland, planted new hedgerows, dug ponds, installed bat and bird boxes and restored wetland areas for breeding waders of conservation importance by clearing encroaching scrub. He has established plots for wild birds and used seed mixes that are optimum for biodiversity. Padraig is very knowledgeable and keen to advocate for getting the best for biodiversity from his landscape. A modest man, he claims “We don’t do anything special, just care for what’s there. Farming is about being sensitive and compassionate to the environment that we are working in’. Padraig is very passionate about sharing his story with others: he has hosted numerous guided walks, courses and other events and has featured on RTE’s Eco Eye and Ear to the Ground.

NOMINATION DESCRIPTION
Padraig is a sheep and cattle farmer in Co. Roscommon who is doing great work in terms of farming for nature, demonstrating what can be achieved, promoting an appreciation for wildlife and the important role of farming, and inspiring others to carry out similar work and review current policies. He is very passionate about his work and willing to share his extensive knowledge of the diverse habitats, species, management practices, and local history of his farm and award-winning nature reserve.

Since 2005, Padraig and his family have been dedicated to managing their farm for nature, protecting and enhancing its biodiversity. Work included restoring woodland, planting new hedgerows, digging ponds, installing bat and bird boxes, and restoring wetlands for breeding waders of conservation importance by clearing encroaching scrub. He also established plots for wild birds at a time when very few in Ireland were doing so, using seed mixes sourced himself from the UK for maximum biodiversity value, and trialling his own management practices of grazing and recycling the crop which was later adopted by the Department for inclusion in national agri-environment schemes. Padraig is very knowledgeable and keen to advocate for getting the best for biodiversity from current national schemes (e.g. for wild bird cover; appropriate seed rates to allow natural wildflowers too, nectar-based for pollinators, and alternative seeds to cereals as the seeds are too big for many seed-feeding birds).

Padraig has participated in REPS, GLAS, and the Native Woodland Conservation Scheme and engaged with other stakeholders including NPWS, Teagasc, DAFM and the Heritage Council.

Padraig and his family have hosted numerous guided walks, courses and other events, boat tours and an online blog, and featured in articles in various publications (including Teagasc’s Today’s Farm magazine, BirdWatch Ireland’s Wings magazine and Roscommon People) and TV documentaries including RTE’s Eco Eye and Ear to the Ground. To speak with, Padraig is very humble, saying; “We don’t do anything special, just care for what’s there”, but I’m sure many would agree he and his family go above and beyond to promote farming for nature.

PODCAST AND FILM BELOW 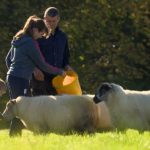 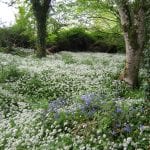 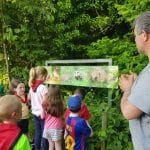