Maurice Deasy farms in partnership with his father Ruaidhri in northwest Tipperary. The 120-acre mixed farm is a sheep and tillage operation. Crops grown include winter barley and oats, spring barley, malting barley and beans. In recent years these farmers have been implementing the principles of conservation agriculture on their land – direct drilling, crop rotation and cover cropping. This work is being done to regenerate and protect the soil biology. Maurice has been growing heritage Irish grains to preserve their genetic diversity and maintain their heritage. While these grains are lower yielding, their larger root systems provide crucial disease and drought resistance. "The heritage grains give a better flavour to the finished beer product. I have found they also have higher disease resistance." The heritage grains are processed and malted on-site and made into a single-source farmhouse beer. Maurice is also experimenting with biological seed coatings made from biochar and seaweed to reduce inputs and adopt more natural farming processes. There are 80 breeding ewes on the farm. Some of the grassland is permanent pasture and Maurice is reseeding some of the pasture with multispecies swards.

There is approximately 20 acres of mixed woodland on the farm which attracts lots of birds to the land. Hedgerows are managed for biodiversity and act as nature corridors running throughout the land. There is an area of wet/boggy land which has been fenced off and left for biodiversity. A river runs through the farm and there is a pond on the land. On the farm there are deer, woodcock, snipe, pheasant, kingfisher and otter.

Nomination:
Maurice deserves nomination for Farming for Nature Ambassador for the way he goes about his work in preserving and promoting heritage Irish Grain varieties and local grain systems. He farms a 120-acre farm in Northwest Tipperary along with his father Ruaidhri Deasy, adopting the principles of conservation agriculture. The land has always been farmed in a gentle way, cognisant of nature and natural processes, with areas of natural woodland and bog which are fenced and rehabilitated. Otters, Kingfishers, owls and buzzards have been spotted on the farm with predators such as mink being controlled. Maurice has been growing heritage Irish grains to preserve its genetic diversity and maintain the heritage. While these varieties are lower yielding with longer straw, the larger root systems provide crucial disease and drought resistance. These grains are open pollinated, relying on a healthy pollinator species population. These heritage grains are processed and malted on site using sustainable energy to eventually be made into beer. CANVAS Brewery is the brewery setup by Maurice which uses timber from native woodlands managed by coppice with standards, electricity from an Archimedes screw hydro plant, the native hops are grown on farm, own spring water is used along with the heritage grains grown from the farm. As such his beers are from a single source. The heritage grains, he finds, have more flavour. Along with the adoption of direct-drilling reducing tillage, crop rotation with an intercrop being planted, and multi species cover crops, Maurice has been adopting the use of biostimulants such as seaweed and biochar to reduce inputs and adopt more natural processes. Multispecies swards are also being integrated into the grasslands grazed by their sheep. Maurice is one of the 16 farms and farmers participating in the one-year Talamh Beo Soil Biodiversity EIP which is running this year. The aim of the EIP is for farmers to learn and share knowledge with each other in a peer-to-peer manner about soil biodiversity and how to go about improving and enhancing it on their farms. The health and nutrient density of plants and animals is inextricably linked to the health of the biodiversity in our soils. ‘It all starts with the soils’ says Maurice. ‘Canvas Brewery’s logo acknowledges this – everything above exists because of what lies below’.
Norminator: Bridget Murphy, Talamhbeo 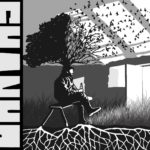 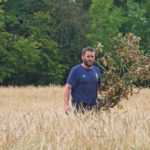 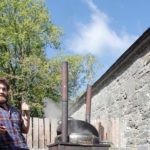 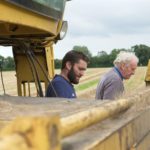