Martin Crowe is a 4th generation farmer from Carrigmore County Limerick. He runs a conventional dairy farm, currently milking 200 British Frisian cows and rearing replacement heifers on the farm. The farm is approximately 143ha, most of which is good limestone free draining land. Martin has worked hard to increase biodiversity on his land in recent years - “Overtime I realised that some of my farming practices were not the best for nature. Farming is a constant learning journey. I am learning new things about nature every year and continuously trying to adapt my farming practices accordingly.” He is incorporating multi-species leys and clovers into the grassland to reduce his artificial fertilizer usage. He has planted groves of trees and a few hundred meters of hedgerows on the farm, recognising their importance from a soil structure, shelterbelt and habitat point of view. He dug a 0.5-acre pond on the land last year and is excitedly observing the development of this water habitat on the farm. The mature hedgerows are managed for biodiversity and wildlife. There is a river running through part of the farm and there is a buffer zone in place to protect the watercourse.

Martin is proud to run a productive and efficient farm, all the while working hard to protect and enhance biodiversity on the land - “I have always considered myself privileged to work with nature every day.” He is passionate about community and heavily involved in local community projects. He is also an agricultural consultant and a participant in the Mulkear EIP.

Nomination:
Martin Crowe and I am a dairy farmer from Carrigmore, Doon. Co. Limerick and also works as an Agricultural Advisor. He currently milking 200 cows on a milking platform of 89ha and rearing replacement heifers. His entire farm is 143ha with a stocking rate of approximately 160kgN/ha last year. In recent years he has streamlined his operations and now allows young stock to leave the farm as soon as possible.
He is very keen to maintain and improve profits, but not at the expense of biodiversity on the farm. In actual fact since joining the Mulkear EIP he have increased biodiversity and improved habitats on the farm, while also keeping an eye on water quality and increasing carbon sequestration.

He has started incorporated clover by reseeding and stitching in and last autumn a multispecies sward containing plantain, chicory, timothy and perennial rye grass and white clover was planted on 6ha.
His interest in biodiversity developed after joining the agri-environmental scheme Green, Low-Carbon, Agri-Environmental Scheme (GLAS). Under that scheme he planted several tress and hedgerows all across the farm. He is now seeing the importance of this work and the plants are flourishing. Currently he is planting some more hedgerows.
As part of Mulkear EIP project he dug out a new pond on the farm. The pond is at the bottom of a steep hill where water gathers and in a field that is not suited to tractors and therefore fertilliser use (picture below). Ponds are haven for biodiversity, growing wetland plants and attracting invertebrates, fish and animals.
Roadway maintenance is ongoing in the farm so as to reduce lameness in cattle.
Martin states "My plan is to maintain my production, farm more efficiently whilst protecting the environment and improve biodiversity on the farm".
Nominator: Carol Quish, Project Manager, Mulkear EIP 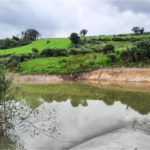 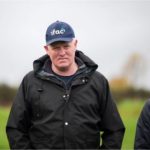 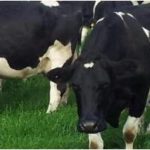 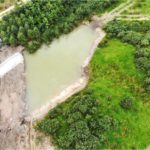