Madeline McKeever runs an organic 30-acre mixed farm in west Cork along with her daughter Holly Cairns. There is 15 acres of broadleaf forestry on the land, containing oak, alder, ash and nut trees. There is 10 acres of permanent mixed pasture and the remaining land is used for seed production and nature corridors. Madeline keeps a small herd of cattle, producing beef for the home and for a few local customers. The cattle are grazed using Voisin’s rational grazing system, meaning the grass is rested for approximately 30 days before being grazed again. A small amount of silage is cut off the land to provide winter feeding for the animals and the animal manure is used to fertilize the land. External inputs on the farm are extremely low.

Founder of Brown Envelope Seeds, Madeline is one of only two farms in the country producing vegetable seeds. They produce over 100 varieties of organically certified, open pollinated seed which is sold to Irish growers and gardeners around the country.

A wildlife enthusiast all her life, Madeline enjoys seeing an array of birds coming and going to farm, such as choughs, thrushes, chiffchaffs, redwings, fieldfares and lots of other songbirds. The family have planted a diverse range of trees, hedges and fruit bushes on the farm which attract insects like solitary bees, wild honeybees, bumble bees, hoverflies and wasps, all of whom play a crucial role in pollinating the seed crops. Madeleines love of nature is reflected in the low impact, regenerative farming system she runs.

Nomination Description:
We in Regenerative Farming Ireland group believe that Madeline and Holly are worth celebrating for their work farming with nature on their mixed organic farm. They are the owners of Brown Envelope Seeds, one of only two farms in Ireland producing vegetable seeds. They produce around 100 varieties of seeds, growing a mixture of old and modern varieties, selecting those that perform well and further adapt to the Irish climate. They strive to produce good, organically certified, open pollinated seeds to Irish growers. It is important to them because open pollinated seeds are populations that carry a diverse mix of genes. They have a deep rooted commitment to preserving seed sovereignty and plant biodiversity.
Half the farm is planted in broadleaf trees, the rest is permanent pasture and some is devoted to seed production. The farm was last reseeded with grass, clover and herbal Leys over 25 years ago, but since then it has been rotationally grazed inspired by Andre Voisin's methods (rotation lengths abovver 28 days, based on the plants being fully recovered, many of which are flowering when being grazed, thus allowing the root reserves to build up to regrow without the use of fertiliser) which has allowed time for diverse grasslands species to return. Ploughing is seen as a bad thing now for soil biology, this is confirmed by the return of mushrooms to their fields after the drought in 2018. The seed field is almost entirely "no dig" now, and is mulched using farmyard manure and old silage. They have been farming regeneratively long before the term was coined, following the patterns of nature to produce trees, beef and seeds.
Nominator: James Foley, Founding Member, Regenerative Farming Ireland 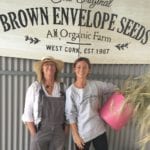 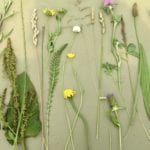 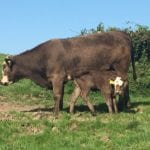 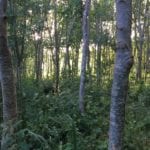