John Commins is a fourth-generation farmer from County Tipperary. Blackcastle Farm is a 120-acre beef farm. John keeps a herd of Piedmontese cattle producing beef that is slaughtered locally and butchered on the farm. The high-quality beef is sold direct to customers via an online shop, and they also supply a number of retailers including Aldi. "What I want to do is prove that an Irish family beef farm is environmentally and economically sustainable." The farm is extensively managed and external inputs are very low. No chemical insecticides or pesticides have been used on the farm in some 20 years.

John is passionate about farming in ways that protect biodiversity and wildlife on the land. He believes that there is a lot to be learned from older generations and traditional ways of working the land. Thick hedgerows line the fields and John values these as very important habitat for birds and other creatures. Hay is cut off the land every year and fed to the cattle during the winter – "We cut hay from the land every year and the main reason we do this is to give wildlife, mostly hares and pheasant on our farm, a chance to rear their young in the late summer months." There is an ancient ringfort on the farm which is left untouched. There is also an acre of wildflowers on the land which attracts many pollinating insects to the farm. Passionate about education and demonstrating how nature and faming can go hand in hand, John hosts annual farm tours for local primary and secondary schools.

Nomination:
John Commins is a 4th generation farmer who owns Blackcastle Farm in the Heart of Tipperary. John's farm is based on saving nature and wildlife on his farm. He farms in harmony with the environment where his hares and pheasants have a chance to raise their young.

Johns calves are reared by their mother until they are ten months old. They graze outdoors for 9 months a year and they go indoors for the 3 coldest months. Animal welfare and animal husbandry are a huge priority to him. He puts a lot of time and effort into his cattle to make sure they have the best of feed and comfort.

Blackcaste farm is a Bord Bia approved farm with an abundance of biodiversity and wildlife. John loves his farm and is committed to the environment, biodiversity and sustainable farming management. He has left hedgerows uncut for 10 years to allow birds and other wildlife to flourish on the farm. There is an ancient ringfort on the farm that has been untouched for generations.

No pesticides are used on Blackcastle farm and as a result they have lots of wildflowers and dandelions. This year he has planted an acre of wildflowers which he also hope will help the bees thrive on the farm.

He is currently going down the route of becoming an organic farmer and is definitely a farmer who deserves recognition of the hard work that he does to promote eco-friendly farming.
Nominator: John Ryan, Head of Nutrition and Research. 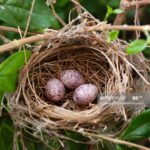 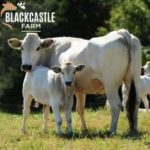