James Gilmartin is a 7th generation farmer, who farms alongside his father in North County Leitrim. James takes a wonderfully holistic approach to his farm, recognising and valuing its importance from an environmental, a productivity and a social/cultural point of view. James runs a mixed organic farm. He keeps a suckler herd and a small herd of Dexters, as well as a small flock of sheep. Part of the farm is commonage and a very important HNV habitat for various flora and fauna species, including the endangered Marsh Fritillary butterfly. Much of the grassland is species-rich permanent pasture. James recognises the nature value of his farm and manages the land with this in mind - “As a farmer, the natural world is your office!” He doesn’t want to push the land beyond its natural capability, thus low stocking density, low external inputs and extensive management of the land are crucial elements of his farming system. With a keen interest in regenerative agriculture, James has been trialling holistic planned grazing on the farm for the past year. Through the NPWS Farm Plan Scheme, James is just one of three farmers currently trialling NoFence cattle collars to deliver targeted grazing in an upland setting. He has installed PV panels on the shed roof. There is a small pond on the farm and James enjoys planting trees and hedges on the farm every year. He keeps a small number of bees on the farm as well.

James is an ag. science teacher and a firm believer in the power of education and knowledge sharing. He is heavily involved in local community/farming groups, including a new Leitrim Sustainable Agriculture Group (LSAG), the IFA and Teagasc. James was also a spokesperson for the Treasure Leitrim group, established to counteract the threat of Gold mining in the area.

Nomination:
James Gilmartin is an exemplary candidate leading the charge with others in the locality away from an intensive model of agriculture, towards farming for nature. He is a 7th generation farmer, passionate to protect the land for his young family coming after and nurture its habitat for wildlife. James is actively involved in a new Leitrim Sustainable Agriculture Group (LSAG) of likeminded farmers learning and moving together. He farms with a resolute view to making his methods adoptable to the wider mainstream farming community. Based under the watchful eye of Benbo mountain, Manorhamilton, North Leitrim, he operates a mixed organic farm. James farms from a holistic standpoint using regenerative principles, mindful of the impact his farming practices can have on the many ecosystems which exist on his farm. He lives the 3 P’s of People, Planet and Profit in farming, steadfast in his application to each where all 3 pillars need to be addressed for decision making to be successful Principles include • Holistic planned Grazing Management -Many of his grasslands are particularly species-rich and his practice of short duration, high density grazing with a longer than usual grass recovery period is extremely compatible with these grassland communities. The added benefit of such practices is to shorten the winter housing period which is becoming a major issue on the local environment, not to mention farmer wellbeing. • GPS Collars - Through NPWS Farm Plan Scheme, James is just one of three farmers currently trialing NoFence cattle collars to deliver targeted grazing in an upland setting. This trial is examining the pros and cons of this new technology and will provide a blueprint for future consideration on farms nationally. Grazing cattle on sensitive peatlands needs careful planning and delivery. In this instance, James is matching the habitat with a suitable breed i.e Dexter cattle. Thus far the results are encouraging from a habitat quality perspective. Of course, these lands are also important in terms of water and carbon. This is one such example where James has employed both traditional and novel techniques to deliver for modern day ecosystem requirements. • Alongside these 2 specific measures James is eager to be an exemplar of a variety of other actions which may be adopted by others with a view to promoting Biodiversity. Such actions include establishment of a bee hive on the farm, creating a pond, hedgelaying and planting a small native orchard. He believes it is incumbent on each farmer to identify what are the resources available to make their enterprise sustainable for the next generation both environmentally and economically. James keenly and proactively works closely with his farm advisor, NPWS Agri-Ecology Unit, IT Sligo and other NPWS Farm Plan participants helping evaluate the effectiveness of this technology, for animal husbandry and resultant habitat quality. Alongside being involved in the Leitrim Sustainable Agriculture Group (LSAG) he’s also in the IFA. Recently he was a spokesperson for the Treasure Leitrim group, established to counteract the threat of Gold mining in the area.
Nominator: Dervilla Keegan, Policy and Communications Offcier, The Organic Centre 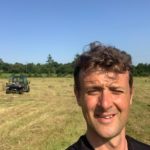 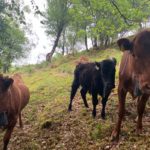 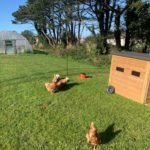