FARMING FOR NATURE AMBASSADOR 2019
Boyd and his wife Bride run a 350-acre farm on Inch Island, Co. Donegal. The farm is a mix of arable areas, sheep pastures and woodland, all of which is managed sensitively for nature. Boyd farms his land for nature and manages all aspects of the farm with nature in mind, including his shorelines, wetlands, woodlands, field boundaries and non-farmed areas. He is a good example of someone who has spent a lifetime improving his farm for nature. “Leave your hedges… a hedge without berries or blossom isn’t a hedge but a bundle of sticks”

NOMINATION:
Boyd and Bridie Bryce farm 350 acres of mixed arable and sheep pasture, woodland and wildlife habitat on Inch Island, Co. Donegal. Since his youth Boyd has been a strong advocate of wildlife conservation and farming for nature. He is a living showcase of the benefits that a close connection with nature provides for wildlife, community and farmer alike.

From the creation of a wildfowl sanctuary on his lands in the 1970’s to the establishment of native oak and ash woodlands in 1980’s, Boyd has consistently pioneered and proactively demonstrated that nature and farming work hand in glove and are not mutually exclusive. His approach has not always endeared him to other members of the Ulster farming community but he has persevered and in 2018 he was proud to thin his maturing oak woodlands, to see wild grey partridge chicks born on his farm and to open up new habitat for breeding waders, wildfowl and amphibians.

Boyd’s farm at Strahack is managed with nature to the fore, in addition to farming his natural shoreline, wetland and woodland areas specifically for wildlife; he sensitively manages his hedgerows, standards and scrub. A recent example of his work from 2018 is a LEADER funded ‘Hidden pools’ project, that opened up three areas of wetland, flax dam and natural pools for newts, frogs and wildfowl. In conjunction with this wetland project he re-fenced his adjacent shoreline lands in the Lough Swilly SAC for grazing with belted Galloways to encourage breeding waders and floral diversity.

Boyd gives freely of his time and is generous with his knowledge and enthusiasm for nature conservation and farming. In the past he has volunteered at county level with the IFA and NARGC and was the first farmer to enter REPS in his area. Today his farm is regularly used by GLAS planners to demonstrate best practice with regard to farming and conservation initiatives. His 150 year old two story barn at Carnaghan, Inch Island was restored in 2016 under the GLAS Traditional Farming Buildings Grant Scheme and it is now regularly used for these farm demonstration days and farm walks.

Boyd is a keen birder and qualified ringer, he has been involved with many projects through the years including the attempted reintroduction of barn owls, geese research, woodcock ringing and breeding storm petrel and shearwater population studies. In 2014 Boyd facilitated the establishment of the Inch Grey Partridge Project on his farm, www.inchpartridgeproject.com . He also took on the difficult and time consuming role of breeding and rearing the captive bird’s for release into the wild. In 2015 he established 10 acres of ‘GLAS Partridge Measure’ as demonstration plots to show local farmers the management of the crops before the island was successfully proposed as one of three Grey Partridge target areas under GLAS III. In 2018 there was over 20 pair of wild grey partridge established in the wild on Inch Island and the first wild bred chicks to be found on the Island in 70 years were recorded within 100m of Boyd’s front door.

Boyd is an unassuming but inspirational community figure whose outward modest ulster scots manner belies his true good nature and mirth. Born to farming, he married across the community and has never preached but simply chosen to lead by example. Boyd has always done whatever he could, whenever he could to ensure wildlife is not just welcome, but a key part of his farm and professional farming life. The re-establishment of the grey partridge on his lands is just a totem of a lifetime of work that Boyd has undertaken to enhance nature on Inch Island and all those living in the community are grateful for his work and appreciate the substantial increase in biodiversity that they enjoy because of him.

It has been my pleasure and privilege to have known Boyd Bryce for at least forty years. Our friendship developed through our mutual love of wildlife in all it’s many forms of Flora and Fauna of which he is most knowledgable.
Boyd and his good wife Bridie are engaged in a busy farming business, but still finds time to to get involved in the proliferation of the now not so common Grey Partridge on a national scale, and on his well maintained land he has many special verges and areas suitably planted to provide an abundance of food for the large flocks of many hundreds of our small feathered friends. On one occasion it was estimated that there were in excess of one thousand bird present. The list of his many good works are to many to mention on this due to the time requested on this report
As leader and secretar y of the long established Inishowen Wildlife Club, I Paddy Mc Crossan and all our members wish to fully endorse the candidature of Boyd Bryce. 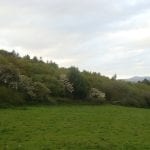 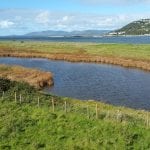