Blátnaid Gallagher and her husband Niall inherited the family farm in 2016. The land, which is located in Killoran Co. Galway, has been farmed extensively and traditionally for generations. Some of the land is rented and the remaining 17ha contains a mix of forestry, permanent pasture and areas of rewilded land. Blátnaid runs a small flock of pedigree Galway ewes, producing organic lamb and Galway wool. The farm is very extensively managed, with no chemicals used and external inputs are extremely low. The hardy sheep live outdoors year-round, and hay/silage is cut from the land every year to supplement winter feeding. Geese, ponies and donkeys are also kept on the farm, and they all play a role in managing the grassland and fertilising the soil.
11.8ha of the farm has now been dedicated to a NPWS scheme that aims to enhance biodiversity on Irish farms. This will involve managing the grassland to ensure it maintains its rich diversity of native plants, grasses and herbs. Areas of the farm have been rewilded to provide habitat for wildlife. 6ha of unused bogland has been dedicated to a butterfly sanctuary, providing a habitat for the rare Marsh Fritillary butterfly as well as numerous other insects and birds. Mature hedgerows, woodland and nature corridors throughout the land provide habitat for the healthy populations of birds on the farm, as well as badgers, hares, pine marten and foxes.

Nomination:
Blátnaid Gallagher farms near the historical Village of Aughrim in East Galway. This land has been farmed in tandem with nature by her antecedents for centuries. Her Uncle PJ Murray strongly adhered to the traditional methods of farming without the use of pesticides and very little mechanisation. Blátnaid and her husband Niall inherited their farm from her Uncle PJ in 2016. They immediately set about a three-year program to restore the grassland, hedgerows, and mid-century farm buildings. Before they took over, the farm had become overgrown with scrub. They chose a method of topping the grassland, along with the introduction of Irelands Native sheep breed The Galway as a means to control the thistle and dock infestation. Six years later they are rewarded with pastures rich with multispecies native grasses and herbs. Blatnaid undertook her MSc Ag Innovate at NUIG in 2019. Following on from this she founded The Galway Wool Co-op. The Galway is Ireland's native sheep breed and before the Co-op was founded, this Galway wool was seeping into the national wool clip and subsequently hemorrhaging out to the Asian Wool Markets as waste. Dismayed by the lack of appreciation for Native Irish Wool, she set up www.galwaywool.ie as a first of its kind virtual wool producers Co-op. In 2020, Blatnaid, converted the farm to official Organic Status and following her two-year conversion phase there are plans at foot to market the Organic Galway Lamb directly off their farm. Last year as part of an eat local food pilot project, ran in conjunction with Suck Valley Farm, they sold out all their grass-fed lamb at a local Galway Food Market. The NPWS recently inspected and selected the Gallagher farm as a haven for Irish Wildlife and Fauna, for the next five years they will be working very closely with the NPWS to re-wild areas of their farm that will provide shelter and protection for local wildlife. This will include a Butterfly Sanctuary on 6 hectares of unused Bogland. Conservation has begun through the management of the Molinia Meadows, by implementing appropriate grazing to provide a suitable habitat for the rare Marsh Fritillary butterfly. In the summer of 2022, the Gallaghers will host their first guests to ‘Murray Meadows’ as part of their commitment to the Social Farming Ireland Initiative.
Nominator: Shane Conway, NRN, Researcher 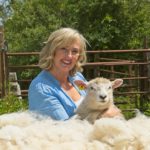 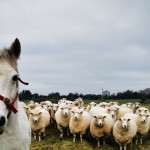 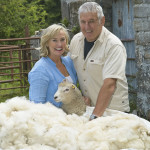 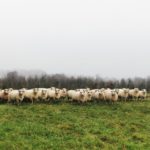 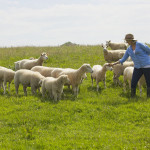