Alan Feighery from Co.Offaly runs a mixed farm comprised of tillage, horticulture and sheep. Winter and spring cereals are grown on the farm and Alan has been practicing min-till on the farm since 2003 in an effort to minimize soil disruption. He piloted a combi-cropping rotation last year, where a mix of barley, oats and peas were grown together and fed to the sheep on the farm. In recent years, Alan has started to save his own seed and he mixes the varieties of seeds he now sows on the farm.

The horticulture enterprise includes Alans's father, brother and sister. They grow approximately 25 acres of potatoes and 15-20 acres of vegetables including cabbage, cauliflower, broccoli, carrots, parsnip, onions, beetroot, leeks, celery, scallions, pumpkins and more. The vegetables are sold direct to local customers via farmers markets. The family have more recently started to produce a beetroot juice, made from the beetroot grown on the farm, which is sold through various retailers and markets throughout the country.

Alan also manages a flock of 130 breeding Easycare ewes. The low-maintenance, hardy breed of sheep overwinter and lamb outdoors. Alan grows fodder beet for the sheep to graze during the winter months, and they are out on grass for the rest of the year on a rotational grazing system. Alan has been incorporating herbal leys on the farm, meaning the animals graze a diverse mixture of grasses, legumes and herbs.

Over the past number of years, Alan has been working hard to reduce the number of external inputs on the farm. He has reduced the amount of chemical fertilizer used on the land. He has been planting trees and hedgerows, as well as wild bird crops and wildflower strips to increase biodiversity on the farm. There are foxes, owls, herons and ducks on the land.

Nomination Description:
Alan has been one of BASE Ireland outstanding members since joining the group over 3 years ago. Alan specialises in growing vegetables for their own market stalls, along with a cereals enterprise and also a sheep enterprise. Alan is one of the first commercial vegetable growers in Ireland, to grow field scale vegetables using Conservation Agriculture principles which presents huge challenges.

When BASE held a farm walk on the farm, the group were stunned with the amount of personal work Alan had done, in researching differing cover crops, trailing various establishment methods, reducing chemical fertiliser, and pesticides. Alan has also trialing diversifying his grasslands by sowing different species for his sheep enterprise. Alan's family have also diversified into producing a bottled beetroot juice, that has proven to be a huge success over the last year and a half winning numerous awards.

I thoroughly recommend that Alan and his family be shortlisted for this award, on behalf of BASE Ireland members. 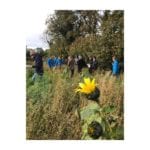 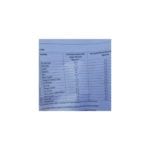 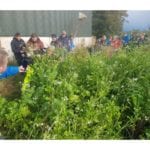